April is Sexual Assault Awareness Month, and is a time to reflect on the causes, risk factors, and effects of sexual assault, as well as to focus on what we can do to help prevent sexual assaults from occurring in our communities.

This year, there is some good news to report on the legal front. President Biden recently signed the Ending Forced Arbitration of Sexual Assault and Sexual Harassment Act of 2021, which received overwhelming bipartisan support. This new law forbids the application of mandatory arbitration clauses in employment contracts to cases of sexual harassment or assault, and it invalidates clauses that waive the right to bring in a class action alleging sexual harassment or assault.

What is arbitration you ask? Generally speaking, it’s a process that greatly favors employers at the expense of their workers. You can read more about the arbitration process and why it is typically viewed as pro-corporation and anti-manager/employee here.

We at MJSB Employment Justice applaud the passage of the Ending Forced Arbitration of Sexual Assault and Sexual Harassment Act of 2021 because it revokes an unjust technique corporations and wrongdoers used to muzzle victims who deserved to Be Heard. Employers will now have to fear negative fallout that will come from brave survivors asserting credible causes of action squarely within the public’s eye.

Opponents of arbitration are not stopping here. On March 17, 2022, the U.S. House of Representatives passed the Forced Arbitration Injustice Repeal Act (“FAIR”), which, if signed into law, will prohibit all pre-dispute mandatory arbitration provisions in employment, consumer, antitrust, and civil rights disputes. This much broader bill is not expected to receive the same level of bipartisan support as the narrower Ending Forced Arbitration of Sexual Assault and Sexual Harassment Act of 2021 law, but MJSB will continue to monitor its progress. For now, this is a step in the right direction. 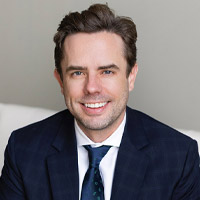 Early on in law school, Ross Stadheim discovered his true passion — the plaintiff side of employment law. Embracing a chance to make a meaningful difference, he never looked back. Before becoming a founding partner at MJSB Employment Justice, Ross garnered over $29 million in settlements and verdicts for his clients over the past 10 years at his previous firm. See Full Bio